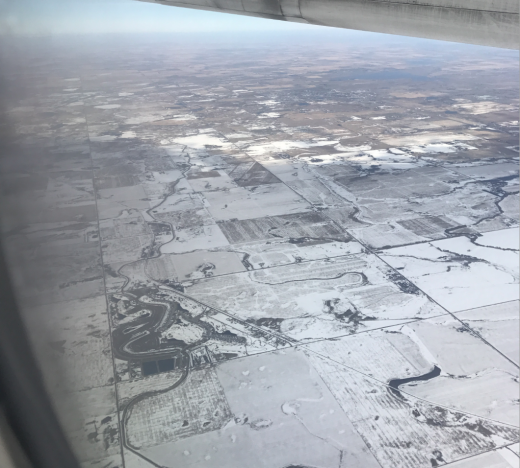 Recently I had to do a little bit of traveling for work. Nothing special about that, but this was the aerial view I was treated to on my way home. Recently a fairly large snowstorm whisked through western Canada and dumped about half a meter of snow. A few days later, while the temperature went back up to normal, the sheer amount of snow that dropped only began to melt. Upon liftoff I couldn’t help but take a picture because you can so vividly see where the storm began to die off. Pretty neat view when seen from above like this.