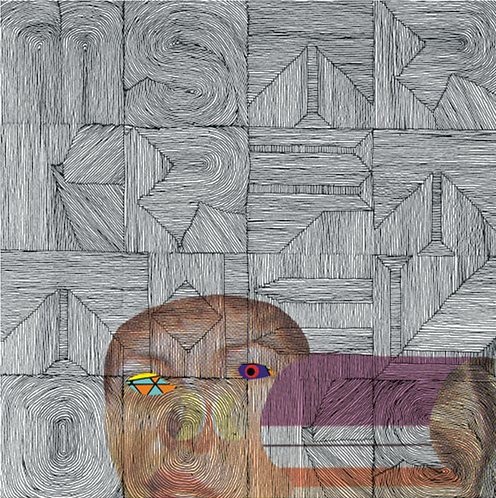 Buried under a mound of metal/rock/punk/industrial albums in my music collection, there are a few oddball albums that don’t seem to fit the general theme of said collection. But when it comes to music, I can appreciate something from all genres so it should not be a surprise there are outliers scattered about. I can’t believe it’s already been nearly 13 years since my ears first heard MSTRKRFT’s The Looks but I have nothing but fond memories of listening to it ever since.

As you may have noticed, I like to listen to ‘harder’ or ‘heavier’ music, that’s just my taste. Even as I write this, I’ve got KMFDM playing in the background. But if you’re familiar with industrial, you know that it has many of its roots from electronic music. If you take out the guitar on some of my favourite tracks, you get a sound that’s heavily electronic inspired. So, an album like The Looks isn’t a very far stretch for me.

The Looks is a fairly ‘light’ electronic album when compared to other electronica inspired albums I’ve got by groups like Lords of Acid or VNV Nation. It crosses over into pop territory at times which may be a turnoff for many listeners but not really for me. Songs like Easy Love and Work on You sound like pop songs altogether but are two of my favourites. Tracks such as Paris and Neon Knights tend to be a bit more ‘heavy’ electronic ones which changes the pace or sound of the album as you listen through it all.

My personal favourite though is Street Justice. For me the chorus riff always reminds me of bar hopping in Budapest in the early hours of the morning with the streets still packed with bar patrons. It seems to remind me of a very busy, active social scene in a big city and you’re there partying along too. I’m not entirely sure why it reminds me of that it does. A friend who heard the track back in school told me it’s the kind of riff that makes him want to pop some acid and dance all night at a warehouse rave. And to an extent I agree with his visualization of the song.

Regardless of the track, I do find electronic music that is not a 90s repetitive bland uhn-tss uhn-tss techno to be enjoyable so I would recommend this album to anyone despite what their preferred genres are. Prior to listening MSTRKRFT, I enjoyed some tunes from Death From Above 1979, particularly their remixes which are much more electronic than the songs they release themselves. And surprise surprise, Jesse Keeler, who is one half of Death From Above 1979, is one half of MSTRKRFT. It was one of those “I’m shocked but I really shouldn’t be” moments.

Of course when you find a new artist or group that you like, you try to explore the rest of their work. I tried listening to MSTRKRFT’s more recent albums, but I just couldn’t get into them that much. I find they deviated from The Looks by going a little more hip-hop, but with a heavier sound. And for me it just didn’t sound that great. But The Looks is an album I find myself coming back to from time to time. Give it a listen sometime!